When I was in school, I had several teachers, and more than a few parents and parents of friends, tell me: There are no stupid questions. Sometimes they said it like this, “The only stupid question is the one you don’t ask.” And still other times, they just said, “Shut up and move out of the way. I can’t see the game.”

The problem was that, as a professional kid, it was my job to believe them when they said there are no stupid questions. For the record, I also believed it when they told me to move out of the way. But that was just common sense—my uncle threw shoes.

But, back to the stupid question thing.

I must have been six or seven when I learned it was just something they tell kids. Like when you ask your mom why you can’t go to Billy’s house, and she says, “Because.” Like that’s an answer.

Anyway, I’m in class, and the teacher is erasing the chalkboard. My hand shot up.

“Do you have a question, Tom?” she asked.

“I do.” I figured I had to answer hers before I asked mine. “Where do the words go when you erase them?”

My teacher stared at me like I’d hit her in the forehead with a hammer. Her eyes got all glazed, and her mouth just sorta swung back and forth on her jaw hinges like a swing set in a breeze. She didn’t know what to say.

But lucky for her, this mean girl named Elizabeth did. “That’s the stupidest thing I’ve ever heard!”

Then everybody in class laughed.

They all knew there were, in fact, stupid questions, and I’d just asked one.

Over the years, I’ve collected a bunch of stupid questions, and I’m going to share a few with you now. Feel free to use them to annoy people. Or better yet, answer them for me. Even though they’re stupid, I’d really like to know.

Where do the words go when you erase them? Everyone was too busy laughing at me to answer that one back in grade school.

Why do they make cars that can all go much faster than the speed limit? Is it a plot or do cops just not have enough to do?

At book fairs, are the books allowed to ride the rides? And would we need to read them to know if they enjoyed themselves?

I know you are, but what am I? Caution: This one could get you beat up.

Would it be better if I hadn’t asked that? Try not to get caught in a time loop if you use this one.

Why doesn’t this taste as good as my mom’s? Never ask someone you’re dating, or married to, this question.

When will this stop?

That one I can answer. Now. 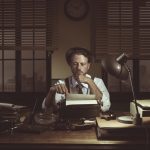 Welcome to My BlogUncategorized 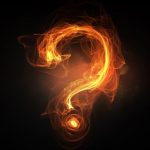