No, Do it This Way

Everybody’s got an opinion. All of us are convinced we know who should’ve won the Oscar, whether Coke or Pepsi tastes best, and how many selfies of Kim Kardashian are enough already, thank you very much.

One of the really cool things about America is that everybody has the right to have their own, individual point of view. Their opinion, if you will.

But here’s the problem …

Many, many people—more than the entire collection of “pics by Kim”—also feel they need to share their opinion with you.

Here’s the math: the less they know what they’re talking about, the louder they’ll share their opinion. In other words, the less my neighbor knows about chlorophyll, the more likely he is to stand in his front yard and scream about how plants work to people who drive down the street.

But by far, the worst type of opinion sharing comes in the form of “advice.” Most of the time, advice is unasked for, unwanted, and not nearly as helpful as the advice giver might think. There’s more math involved here. The less you want that person’s advice, the more insistent they are to give it.

For example. I play golf with a bunch of people. And there’s one guy—let’s call him Helpful McHelps-too-much—who is maybe the worst golfer I’ve ever seen. Consistently worse than me on my worst day, blind-folded, spun in circles, and kicked down a flight of stairs before every shot.

You’d think, playing that bad, ol’ Helpful would be ashamed. Embarrassed. Break his clubs and go home crying. But you’d be wrong. Instead, he tells me how I should hit my next shot. And when I hit the shot, he’ll follow that up with letting me know how I should have done it.

Unfortunately, you can’t escape advice by leaving the golf course. I’ve tried. And there’s always somebody willing to share their opinion and tell me, “Here’s the way you should be blogging.” Or, “This is where you should buy cantalopes.” Or even, “You like her? No, no, no. This is who you should like, and here’s why …”

Seriously. I’ll blog about what I want to blog about. And I don’t even like blogging. So unless you’re gonna write one of these things every week and sign my name to it, go talk to my neighbor about plants why don’t you. Yeah, he’s the one outside screaming at the cars. Tell him how to project better and what points to emphasize.

Just stop talking to me.

Is he gone yet? 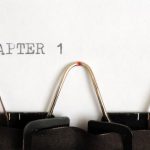 How to Write a BookUncategorized 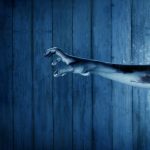