People on television think you and I are idiots. I get that your older sister has been telling you for years that you’re an idiot, but that’s a whole ’nother blog. This one’s about your evil TV.

And before you start thinking I’m your mom—I’m not by the way, no matter what your older sister says—science is on my side.

Steve Science. He lives down the street from me. And seriously, what is wrong with your sister?

Tell me this doesn’t sound familiar: You’re winding down from a hard day of being you, watching The Walking Dead or something cool on the CW. This commercial comes on for a new asthma medicine. Or arthritis medicine. Or hair loss.

You’ve seen these drug ads, right? This woman comes on and tells you that before she had asthma, she used to run marathons and bench-press firetrucks before breakfast. But now she just sits on the kitchen floor all day, trying to flip Hello Kitty playing cards into a top hat next to the fridge.

If you ask me, she has bigger problems than asthma. But I digress.

Then she starts taking some ridiculously named drug you’ve never heard of, and now she can do all the things she used to. And pretty music starts playing, and you see her running through fields, juggling bowling balls and small children. At which point, the happy announcer comes on, qualifying all the wonderful results they’re showing you.

“Don’t take Drug X if you’ve had a severe side effect from taking this drug.” Because you obviously don’t know any better? Like, if you get hit by a car, the first thing you’re gonna do is run out and stand in the street again?

“Stop taking Drug X if you experience other side effects, such as headache, bleeding from your eyes, difficulty breathing”—just the kind of side effect you want from your asthma medication—“double vision or paralysis.” Note: If you actually needed to be told that, your sister was right.

Seriously? If your medicine paralyzes you, do you yell for somebody to bring you more?

“Seek medical attention immediately if you experience symptoms of a heart attack or stroke as these could indicate a severe or possibly life-threatening condition.” I’m not sure what’s worse here. That a heart attack or stroke will lead to something worse—aren’t they bad enough? Or that they think we need to be told to go to the hospital or call an ambulance—are they thinking we might just walk it off? No, no, I’ve just got the 24-hour heart attack that’s been going around.

“Ask your doctor if Drug X is right for you.”

Then ask him to hit you with a baseball bat and take your wallet.

Before your sister does. 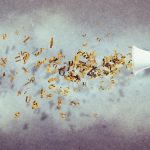 No, Do it This WayUncategorized 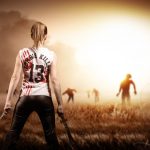