Do you know what a writer wonders about on a Tuesday night when he wants to continue binge-watching Penny Dreadful but instead has procrastinated his blog deadline like a high school sophomore on Sunday night having not even cracked Beowulf even though the report is due first thing Monday morning?

He feels like the world is against him. Not just the people, though they’re definitely in on it, but the actual world. Accept no substitutions—if you’re gonna be paranoid, aim big.

Unfortunately in my case, the world is against me. See, I angered an old woman who was wearing a babushka—one of those colorless speckled ones that you see in old paintings, the kind that people pretend are the work of masters but are really just paint by number things Uncle Bob does at night when he can’t sleep. And you only hang them up because you don’t want him to feel bad, since he lives with you now that he’s unemployed and tells you every day that the body shop’s this close to taking him back. It’s so pathetic, you don’t even believe him anymore; you just pass him another beer and hope the next time he comes out of his room, he’s wearing pants.

That woman was really mad.

She wasn’t a real gypsy mind you, but she was taking a class at the community college, hoping somebody like me’d piss her off so she could finish her homework. But she forgot her notes so I had to give her a ride to Barnes & Noble to pick up her copy of Spell and Curses for Dummies. It actually came in yesterday, but her car was in the shop—the body shop, though she swears she doesn’t know Uncle Bob.

So long story short, the world’s against me because of a discount curse.

But I had to pay the full price—do you know what it’s like to wake up every morning with the planet growling at you? At first I thought it was my stomach, and I was really, really hungry, but then I realized I wasn’t under the house.

Good thing, too, because it rained last night.

Actually what this writer really wonders is where all these weird semi-interconnect thoughts came from before my brain just spewed them out like the world‘s most convoluted spit-take. But sometimes you just need a good old-fashioned brain dump.

I feel so much lighter.

But the important thing. The thing to take away from this week’s raving now that it’s said and done is this. 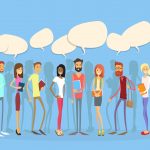 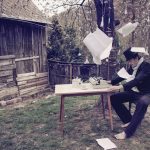