You’ve heard of lapsed Catholics? I’m a lapsed OCD sufferer … or a broken one—I don’t obsessively make lists, but I do find myself drawn to them. Needing to read them. Whether it’s the stupidest reasons a network TV show got cancelled or the 15 most hypo-allergenic pygmy goats.

Whatever the term, yesterday I was reading a list called “50 Things You Should Never Say to a Child.” They had all the things you’d expect, like never tell a child that if she doesn’t eat her Brussels sprouts, you’ll lock her in the cellar, and “That’s what I get for flipping a coin at the adoption agency.”

Anyhow, it got me thinking that there are things you should never say to writers. Where’s our list? Many of us are adopted, and opinions vary wildly when it comes to Brussels sprouts.

Oh well. If you want something done right …

Here are a few things you should never say to writers:

Get outta my house.

I got people in the cellar to feed. 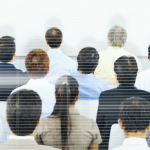 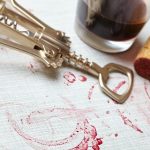