There’s a scene from the movie Indiana Jones and The Last Crusade where Indy is arguing with his father about the latter’s Grail Diary. If you’ve never seen the movie, shame on you. Go out and rent it—I’ll wait.

Wasn’t that an awesome movie? (For those of you who already know the movie and didn’t just watch it and come back, I pray your indulgence. Ignorance of good movies must be stamped out. And since my foot is only so big, I’m using positive reinforcement instead.)

Anyway, in that scene, Indy berates his father about not being able to remember clues to find the Grail. His father, Sean Connery, replies, “I wrote it down so I wouldn’t have to remember it.”

My point is that I probably should start writing stuff down more. Stuff like ideas for blogs. I get ’em all the time. And they’re so memorable, I’m confident I’ll never forget them. And yet, I can’t tell you how many times I’ve sat at this desk, opened a blank document, and faced it with an equally blank mind.

Truly it’s like being Batman, bound and gagged in a room with the lights off in the subbasement of a castle built at the bottom of a deep pit that’s been filled in with my eyes closed.

Which is a bad place to be when the deadline rolls around each week.

So like a New Year’s resolution made in June, I went to the notebook store. That’s where I encountered my first hurdle. What notebook to buy. A small one, sure, so I can carry it with me and pull it out whenever revelation strikes. Or when my muse accidently burps out an idea during a hangover nap. The best ones have a little pen holder elastic built right into the notebook cover.

Hurdle one hurdled—no, that sounds redundant. Hurdle one executed? No. Alright, I’m overthinking this—how about, I get past hurdle one.

And run smack into hurdle two. What color should the notebook be? Something professional, but not too nice or I’ll look like I write parking tickets for a living. Nothing red because that’s my muse’s favorite color and she’ll steal it like she does my wine. I find a jaunty little number in a light brown faux leather.

I get past hurdle two. The end is in sight.

Right after I deal with hurdle three: the pen. When they said it was mightier than the sword, they left out the part that it’s also more prolific than teenage rabbits with aphrodisiacs on Valentine’s Day with their fathers’ Gold Cards. Ball point, fine point, marker, fountain—I was there for hours. I got the opinions of store clerks, stock room workers, and one lady who only came in for stamps.

Now all I have to do is remember to use it.

I should write that down. 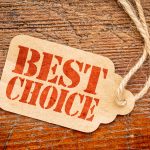 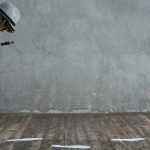 Son of Q and AUncategorized