Happy Fourth of July, one of the few holidays you can wish on someone without offending someone else. This is going to be an atypical blog for me, because in addition to celebrating our nation’s birthday, this is also the release day of the first of my agent-sibling’s books.

For the record, an agent sibling, or sib, is another writer represented by the same awesome agent who represents me.

Also for the record, it seems like there might be a little smart-assery, but I’ll do my best to keep it to a minimum.

Anyway, in honor of these women who have gone before me, instead of the usual incoherent ramblings and complaining, I’m gonna talk a little about them, their great books and why you should be out buying them right now instead of trolling the Internet for things and stuff.

Okay, technically, you can only buy one of them right now, so you’re going to have to do this in steps. I’ll give you the publication dates so you can put them in your calendars immediately. So limber up your fingers and let’s get this party started.

Julia was the first agent sib I knew about. Our agent introduced us via Twitter, at which point she blew by me, and I’ve been running along, trying to catch up ever since. Her book and her talent are unparalleled, which is humbling to me and even harder to spell. Her book is the story of Adam, a 16-year-old who’s trying to make sense of his life, high school, girls, and everything else they throw at you when you’re a teen. Except in Adam’s case, the struggle’s even harder. He’s schizophrenic, so in addition to trying to make sense out of everything, he’s also gotta figure out which parts are real. There’s parts that’ll make you laugh, parts that’ll run your heart through the ringer, and parts that’ll—if you’re a writer—make you go, “Damn, I wish I wrote that.”

All kidding aside, do yourself a favor and read this book. You’re welcome.

Hope and I spent a virtual Christmas together one year reading each other’s books and chatting the whole time over Facebook IM. I loved the book and I know you will, too. It’s such a well-thought-out and brilliantly written book full of twists and surprises that I’m afraid I’ll clumsily and accidentally give away if I say too much. It’s about a lot of things: mental illness, hard choices, dark magic, the past and the present, and powerful connections. Hope has a way of bringing out the soul of her characters in ways that you can’t help but get caught up in. It’s a book that takes you places and now you know what date to take yourself to the bookstore and get it. Get two, one for yourself and one as a gift. Or get a box-full for the trick-or-treaters.

This is the only one of the three I haven’t read yet, but it’s not for lack of trying. We’re passing an advance reader copy (ARC) between agent sibs, but they won’t read faster. No matter how much I scream. Kristen was one of my peer readers for my second book and is a Star Wars geek as well as an artist and badass. All I’ve seen so far is an excerpt of the first four or five pages, and they were electric. It’s about secrets and destinies and powerful, dangerous stories. And it’s about time both you and I got a copy. But don’t take my word for it; it’s on every must-read list in the industry.

There you go. The key to three new adventures for you to go on.

And there’s more to come. 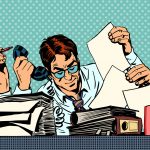