Before he was a filmmaker and a scandal on legs, Woody Allen was a comedy writer. He also did stand-up. He had this routine where he talked about going to all these parties and gatherings with famous writers. Each gathering ended with the line, “And we laughed and joked about it … and Hemingway punched me in the mouth.”

Hemingway most likely would have punched him, and if he weren’t dead, he’d probably be looking to punch me for this blog. Cause I’m gonna quote him. Paraphrase him actually, which I’m sure would piss him off.

He said a lot of things about writers and writing. He said it was easy, all you had to do was sit down at your typewriter and bleed. He also said the first draft of anything is sh*t—and now we’re getting closer to the topic of this blog. Writing and editing. Or, more to the point, writers and editors.

There are writers—luckily for me I’ve only met one of these—who truly believe that when they’re finished writing, and reading over what they’ve written, and are satisfied with this particular story or manuscript, that the world should be, too.

Whether they know it or not, these people actually hate the world. And the readers in it. They’ve apparently only ever seen one Hemingway quote, and it’s the one I bet he’s sorry—up there in drunken brawler heaven—oh, so sorry that he said. It goes basically like this:

“Don’t tell people about how you learned to be a writer, let them think you were born with it.”

“If you were born with the gift, you just have it, and you don’t need to do anything more than write it down.”

I’m not saying that these are bad or malicious people. I’m sure they’re not. I’m just saying that all of us writers—me, Stephen King, Mark Twain, Harper Lee, etc.—need a little more help than that. We need someone to turn the good work we’ve done into something truly great. We need editing and editors.

Hemingway had an editor, BTB.

I don’t know what the actual statistics are, but I’m willing to believe that when I turn in a book to my agent, like I’ll be doing sometime this September, it’s really close to where it should be—this awesome book you’ve been standing in line to read since three in the morning like on friggin’ Black Friday for a flat screen TV. Or the last Harry Potter book.

I’m sure my agent would say the exact same thing. Without rolling her eyes once.

And then she gives me her notes. Okay, she didn’t think I was as close as I did. So I work through the notes and … turns out she’s right. It’s better now—I hope this is true with all agents; I can speak only for mine.

Then, she takes it around to publishing houses. More specifically to editors. The editor buys the book if they think they can take it from where it is right now to the place where it’s a book that’ll be released and reviewed and bragged about in a future blog.

So to all those writers who’ve misunderstood Hemingway, here’s another quote to consider. C.J. Cherryh, sci-fi author of some 60 books, said:

“It is perfectly okay to write garbage—as long as you edit it brilliantly.”

Not saying your work is bad. Just saying it deserves a second opinion. Sometimes a third or fourth. But it’s all about making the story you love into something we all can treasure and enjoy.

If you have the passion, do the work. And I’d be happy to introduce you to some editors who can help you get to where you want to go. 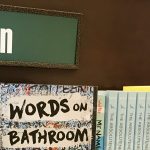 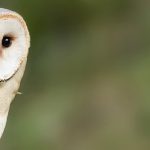