Last night I hosed myself. I blame the eclipse, which I watched on my computer because I didn’t buy the glasses and I’m already partially blind in one eye. But at least I got a blog out of the experience.

As well as an opening digression.

Anyway. I went to this restaurant where I sometimes go to write, but I neglected to load the new manuscript I was working on (WIP) onto my tablet. Which I didn’t even realize until I was sitting at the bar, casually glancing at the menu to be polite—I typically order the same thing here—and saying hello to the bartender, Freda.

Freda isn’t actually her name, but I didn’t feel like I should use her name without her permission, and Freda was the fake name that I came up with even though she looks nothing like a Freda. She’s more of a Jacqueline. I’d change it but I’ve already committed it to electronic paper, and these blogs don’t write themselves.

So I was talking to Freda and she said the thing I always dread. “I write.” The phrases “I write” and “I am a writer” both fill me with the desire to flee the conversation. They are seldom spoken to me by actual writers, but by people who think they might want to be writers someday because, “how hard could it be?” And it is often followed by an appeal to read their book and/or show it to my agent.

But, thankfully, that wasn’t Freda’s thing. She told me she likes to write or make something every day when she can, but “I don’t force it.”

That’s the point I was getting to.

If I didn’t force it, make myself sit down to write, I’d never get anything done. You do it because you have to. Ready or not.

Sure, there are days when I am inspired and motivated, excited and ready to make literary history. But there are far more days when I sit down at my computer and my first thought is, “I should get up and vacuum.” Though I hate doing housework. Or sometimes it’s, “I Tivo’d Game of Thrones and haven’t watched the latest episode yet.”

Because, and I’ve said this before, sometimes writing is hard. The ideas hide in the winter garden maze of the Overlook Hotel (The Shining), and I’m freakin’ Jack Nicholson, out there freezing my butt off. Doing what Jack London said, chasing inspiration with a club.

Jacqueline, Jack, and Jack. There are apparently patterns forming in my brain without my consent. Damn eclipse.

Sorry, digressed a bit. This is why we don’t have more eclipses.

That book that had you so engrossed you stayed up late reading it? I’d be willing to bet that the author was up late too. Pacing. Cursing his parentage and choice of profession. Trying desperately not to take an ax / sledge hammer / crowbar / baseball bat to her MacBook screaming until her boyfriend / girlfriend / parents / neighbors / pets drag her from the room and cram Xanax after Xanax down her throat.

Sorry. Don’t even know if that was a digression or a rant.

I should probably go now. 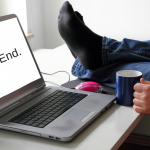 Is it Really the End?Uncategorized 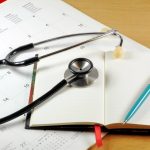