Here’s something that probably has never happened to you. Let me set the stage:

You’re at a party, probably for a birthday thrown by and for someone who has a much, much larger pool of casual acquaintances than you have. This is either because they’re just genetically more social than you are—especially true if you’re any kind of serious artist like a writer or sculptor—or because their job or after-hours activities involve lots and lots of people from a variety of walks of life.

The kind of party let’s say a drunken muse would be most at home attending. But you find yourself there anyway.

So, over by the dip, you spot a doctor chatting with some sort of theoretical marketing consultant or lobster fisherman—I have trouble telling the two apart. They drift to one side of the table, opening your path to the stilton-crab dip (which is to die for) when you hear the lobster marketer, or whatever, say:

“So you’re a doctor? Hmm that’s interesting. I always assumed that one day I’d be a doctor, too. After I retire, maybe. How hard could it be? I’ve got some great treatment ideas I’ll eventually get around to using on some patients. What about you—operate on anyone I’d know?”

Ludicrous? Maybe, depending upon whatever new healthcare conundrum issues forth from the current administration—a digression I’d rather not take.

The point is, unless they were brain-dead (or working for the current administration) people would never say that to a doctor. They work in a well-respected field: medicine. They’ve studied and trained and practiced their craft. They know and do things most of us can’t really imagine doing.

But most people wouldn’t think twice about saying that crap to a writer. Or a painter. Or any serious artist. I myself have been belittled (unintentionally, I’m sure) tons of times. Most recently two days ago, when I went to dinner with a friend who, upon hearing that I was a writer, said, “Uh-huh, but what do you do?”

He’d never say that to a doctor. And not only because the doctor would punch him. But because my friend, who I ended up punching, has equated doctors with the words “legitimate” and “profession” …  and writers (and other serious artists) with words like “hobby” and “whim” and other equally demeaning things.

So here’s my question: Is my friend right, or should we all punch him?

Medical science is amazing, and vital, and necessary for life. To paraphrase the movie, Dead Poet’s Society, writing (and other art) makes life worth living.

In conclusion, if you’re sick, don’t go to a writer; go to a doctor.

And if you see my friend, punch him. 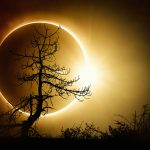 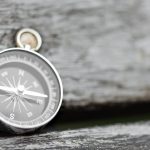 Is This Really the Artist’s Way?Uncategorized