So the other day my sister asks, I assume because she hates me, “You write books, right?”

I can already tell this conversation is going to a bad place. “Yes, I do,” I answer, waiting for the hammer to fall.

And fall it does. “So how’s come I never see them in bookstores? Or in the library?”

This or other questions in the same vein have caused many writers, myself included, plenty of worry, self-doubt, and even depression. So being badgered by it is like the old joke:

A reporter stops Mary Todd Lincoln as she rushes, crying, out of Ford’s Theater—her husband has just been shot in the head, at point blank range, by John Wilkes Booth. He says to her, sounding way too much like my sister, “But besides all that, how’d you like the play?”

I swallow these thoughts and answer, “They’re not anywhere because they haven’t been published yet.”

Without missing a beat, she responds, “What’s the hold up?”

Like it’s my fault. Like I tell my agent when I send her each new manuscript, I don’t mind if you read it, but for the love of all that is holy, DO NOT show it to editors and publishers.

My sister just stares, waiting for me to explain myself.

“But besides that, Mr. Hoover…”

Worse still, my sister is not alone. I get questions like this from lots of people. If you’re not in the publishing business, it’s hard to understand how it works. Everything takes more time than you want it to. And it takes a seeming eternity for each step in the process, even when the outcome is good.

And sadly, those last two sentences are not redundant—it takes time, and then it takes more time. The sound of crickets can be deafening.

But people take it for granted that art is like any other job—you do your assignment, punch the clock, and collect a paycheck.

I’m not complaining, not really. I’d rather have it be hard. If anybody could do it, it’d be McDonalds. “Would you like some fries with your The Scream, Mr. Munch? Maybe a Diet Coke?”

There’s a reason that The Scream, painted by Edvard Munch in 1893, is hanging in the National Gallery in Oslo. Because there’s just the one. And it’s an artistic achievement that nobody else could, or did do. The idea, the execution, the perspective and observations, are his and his alone. Sure, it’s no Dogs Playing Poker, but it’s art nonetheless. And he’s an artist.

And some variation of his story is true of every book, every song, every piece of choreographed movement. Every creation.

Which is exactly what I told my sister.

Right before I punched her. 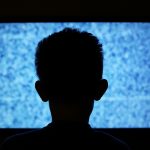