A Trip to the ER

Here’s the problem with being mortal—stuff hurts you, sometimes when you don’t even notice. Then suddenly it’s Monday afternoon, you’ve left your day job early, and you’re sitting in one of those curtained treatment rooms in the local ER, writing a blog because this doesn’t happen to you every day and you needed a topic.

It also helps if you’re me in this situation.

This is probably a good time to mention that one of the things I do in my day job is design and write training—which I’d never even admit to, except today has become so ridiculously meta that nobody would believe it if they read it in a book.

I am currently working on training for a large medical group that I’m not allowed to mention upon pain of certain death. Actually, I’d probably just get yelled at, but that’s not nearly dramatic enough.

Our hero sat there on the edge of the hospital bed, desperately blogging as though his very life depended on it.

“Who do you work for?” the evil white-coat screamed, backed by a chorus of howling from his scrub-clad minions.

“I’m actually not allow to say,” our hero replied. “It’s sort of a contract thing. You understand.”

The white-coat went red with rage. “I will yell at you like you’ve never been yelled at before.”

And hard to type, what with the allergy and ID bracelets sliding all over my wrists. Truly the torture of the damned.

Anyway, the admitting person just now asked me if I had a living will—the very topic that I was writing training for right before I left to come here. As if somewhere there was a meme of me writing about memes. I actually laughed when she said the words I’d written earlier.

She punched me in my bad shoulder and wheeled her admission cart away.

In addition to the other embarrassments and injustices you’re put through, I noticed that hospital people always think you’re lying. They must—I had to give my medical history four times to four different people. They each gave me a look like nobody could be so stupid as to believe that and scurried away—probably to compare notes.

I was finally diagnosed with a pinched nerve—which was what I suspected before I got in the car and drove here. I told them so, too. I told them it was wrong to charge me hundreds of dollars to tell me what I already knew. So they apologized—a snaky, hissing sound—and rediagnosed me with cervical radiculopathy.

Then they had me sign my discharge paperwork and told me to wait for my prescriptions to be “brought down.”

It they’re not here by tomorrow, I’m mailing out change of address forms. 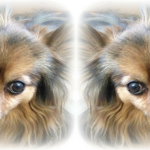 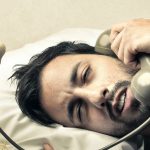