It’s Tuesday night, January 9, 2018, and I’m sitting down to write my first blog of the New Year. I would’ve written it last week, but my computer up and died a couple days after Christmas and it had to be repaired.

The good news is that the techs managed to save almost 100% of my stuff—books, notes, files, pictures, and music. I lost all of my research links though, which was crappy, but all in all, it only cost me a week and hundreds of dollars.

It also cost me last week’s blog, because I’d just gotten it back and had to reload everything and re-hook-up everything and adjust to a new operating system. All that to say, I’m a bit behind.

I know that many people start off the New Year with resolutions—lose weight, eat healthier, finish that book, and start querying. Interestingly enough people keep statistics about New Year’s resolutions. What must that job be like?

Statistician: “So. The ball just dropped. Mariah Carey screeched the night away. Have you given any thought to your goals for the upcoming year?”

Joe Everyman: “This is the year I’m really gonna do it. I’m gonna lose that weight. I’m gonna manage my money better.”

Statistician: “Would it surprise you to know that a little more than 32 percent of people who make New Year’s resolutions, resolve to lose weight? And around 42 percent make some sort of financial resolution?”

Joe Everyman: (getting a little annoyed) “What’s your point?”

Statistician: “Oh, it’s my job. I talk to people about their New Year’s resolutions right around now, and then I stop by each month to see if you’ve failed yet.”

Joe Everyman: (more annoyed) “So your job is to watch people fail?”

Statistician: “Not exclusively. I also watch for them to succeed.”

Joe Everyman: (relieved) “I’m glad of that. That must make your job seem more fulfilling.”

Statistician: “I wouldn’t know. Never seen it happen. I saw someone last nine months, though … once.”

Joe Everyman: “That sucks.” (thinks for a moment) “So I’m not gonna lose weight?”

My muse would excel at that job. Crushing hopes and dreams is really her wheelhouse. In fact, I think those were her actual resolutions. That and to drink more of my wine. And just my luck, she’ll be one of the few who actually succeed in keeping them.

Mine was to finish this blog. 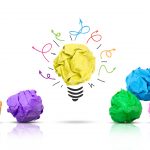 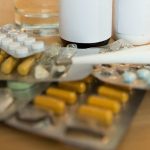