Let me start off by saying that even though what I am about to tell you sounds contradictory, it’s all true. Cross my heart and all that stuff.

I typically don’t get colds or the flu or any of the other upper respiratory diseases that plague mankind throughout the winter. The last time I had a major cold was 2002.

Until this past week.

I am now literally just coming off of a six-day cold that I apparently caught over the Internet. It was all there:

You know the kind of cold I’m talking about. Where you go to the cold and flu section of the drugstore, lay your arm on the shelf and run down the aisle, catching every remedy that falls in your cart. And taking all of them to no avail.

Then you start the home remedies, like online ordering a dozen take-out containers of hot and sour soup and nothing else, which is so weird that the restaurant calls you to make sure it’s not a computer error. Then, when they deliver it, you pour in hot sauce—to make it hotter and sourer—and drink it like it’s Bud Light and you’re watching the Super Bowl. Hoping against hope some explosion happens in your head that blasts you into being able to breathe again.

Not a freakin’ dent.

So what do you do when you’re feeling like death? And not the good death warmed over, but the death in the back of the fridge in the jar you forgot about that’s growing fur. You try to work on your book, of course. At least you do if you’re an idiot, like I apparently am.

For the record, I’ve never written drunk. I know some writers have, and they tend to talk about it with regret. I get that now, having written with a high fever. Not an exercise I’d recommend.

So I’m typing away on my new standing desk when I hear someone cough behind me. I know I’m alone, so I spin around and see my MC—luckily, he’s well thought out and fully drawn. I’d hate to see what a half-assed fictional character might look like.

“What do you have against me?” He asks it politely, though I sense he wants to take me by the throat. “I mean, what have I ever done to you?”

“I don’t have anything against you,” I tell him, like it’s the normalest thing in the world to talk with someone you’ve created on the page. “I mean, sometimes you go in a direction I didn’t plan on, but that’s generally a good thing.”

“Yeah, yeah, whatever,” he says impatiently. “Here’s the thing. You’re always putting me in uncomfortable situations, sometimes dangerous ones. I don’t like it.”

“Sorry,” I say, though I’m really not, “but without conflict, the story doesn’t go anywhere. Who’d read it?”

“Maybe I don’t wanna be read. It’s kind of an invasion of my privacy.”

“Actually, being read is the whole purpose of your existence. If nobody reads you, what good are you? No offense.”

“No offense? Are you kidding? You’ve reduced the whole essence of my being, like I’m nothing but an object. My worth is dependent on somebody reading me. You’re objectifying me. And you say, no offense.”

“I’m not. Look, I’m sorry, but that’s what a fictional character is. Someone you read about, maybe identify with, someone to live vicariously through. That’s why you are.”

“It is what it is. Look. This is my fifth book. Trust me when I say I’ve been nicer to you than most…”

He put his hands over his ears and started singing “you suck” over and over again.

This is what I get for writing teenagers. 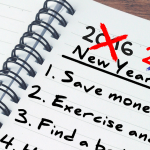 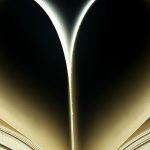