It’s funny—or tragic, I can never tell which—when you think something is true about yourself and you find out it isn’t. You’d think that the one thing you could always get right, every time, would be yourself. Who knows you better than you do? No one, right?

Take coconut candy bars. When I was a kid, I loved them. I’m pretty sure I either stole or tried to steal one from the corner grocery store when I didn’t have money. I wanted to go to Gilligan’s Island because they ate coconuts so much of the friggin’ time it would be like heaven. Also didn’t hurt that I had a crush on Mary Ann—but that’s another story for another blog.

Then one day, the evils of reality crept into my little boy world. My mom bought me a coconut.

Close your eyes for a moment and imagine your typical uncoordinated kid trying to open a coconut. My parents were sadists. Found out later they weren’t even my parents—but that’s another, nother story.

The point is, coconuts didn’t open like anything else in my whole life. There were no lids or twist-offs or unwrap-able parts or even handles you could work. It was just a big, not-quite-round, hard thing. And, we were too poor to have a computer, so I couldn’t go to the coconuts site or where ever. So I did what any normal, red-blooded American kid does…

…but before I tell you what that is, I wanna talk about the red-blooded kid thing. It’s weird. It’s an actual saying. I didn’t make it up. So I wonder: are there kids out there whose blood is a different color?  What is their saying? Do they claim to be normal, green-blooded kids (which would make them Vulcans if you’re a Star Trek fan)?

And why is blood even part of the description? We don’t ascribe normal to anything else inside our bodies. We don’t say, “a normal, tan-pancreased young man or woman.” At least I don’t.

And I don’t know anybody else who does.

But I digress. I asked my friends how to open the damn coconut. Why not? Even though they were as young and stupid as I was, they didn’t have this coconut monkey on their back.

Long story short: they tried and failed at all of the same things I tried and failed to do. They weren’t smarter than me. We were all idiot brothers from another mother. In the end, we climbed up on my garage roof and agreed to take turns dropping it onto the driveway.

After two drops, it cracked enough to bleed coconut milk, which I found out later you’re supposed to drink. A few drops later it broke open and the pieces roll into the dirt. Then we used rocks and stick to eventually work the meat out of the shell—I did say we were stupid kids, right?

My first bite of real coconut was just a gritty, dusty ghost of the candy I’d grown to love. It was enough to make a purple-livered child weep. I never would have hacked it on Gilligan’s Island.

Coconuts ruined my youth. I need an Almond Joy. 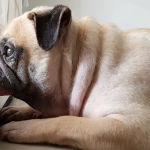 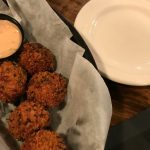