Why do people read?

Not a trick question, but I will confess it is a way to open a blog that I hope drives people to hear the answer. Answers, actually. There are lots of reasons people read.

#1: Because They Enjoy It

I always hope that this is the number one reason you read, and that when my elusive book deal finally learns where I live, that the stuff that I write—blog not necessarily included—will add to your enjoyment. That was a run-on sentence, by the bye. I’ll work on that. I’m also writing “that” a lot. And I used the word “that” no less than four times in my run-on sentence alone. Did you know there’s a whole school of editing that suggests the first thing you do when you finish an article, story, or book is to go back through it and eliminate the word “that” before you do anything else.

I personally don’t subscribe to the theory. “That” can be a filler word, but it isn’t necessarily. Remove it from the paragraph above and although it fixes some mistakes, it creates others. Okay. That (not a filler) was reason number one, as well as a healthy digression.

#2: Because They Have To

School, business, instructions for running the nuclear reactor. There are many things that people are forced to read to do their job, learn information, or get a grade. What all of these “have to”s have in common is that most of the time, the people who have to read them don’t want to. This is the reason I want to talk about.

Why don’t people want to read the things they have to read? Because they’re poorly written. Textbooks, manuals, corporate communications—they’re typically dull, boring, awkward, and dry. Much like the people who write them. But to most corporate writers, it doesn’t matter how they write their books/articles/instructions/etc. because the people they write them for HAVE TO read them.

They don’t care about their audience. They don’t care about making it interesting. They care about the facts and putting them down in a manner in which is grammatically correct to the exclusion of all else. They don’t end any of their sentences with prepositions, no matter how natural it sounds. They accomplish tasks rather than do things. They write in a way that no one they have ever met speaks because at some point in grade school, a teacher who was their ancestor in spirit told them: Grammar, good.  Conversational writing, bad.

Or maybe they’re just cruel sadistic monsters who live to torture those helpless enough to have to read what they write. I know that’s true of the ones I meet at my day job. And they take pride in it.

Obviously, not every corporate writer is a tortuous creature from the miry bowels of boredom’s large intestines. There’s this guy named Michael. He’s not bad.

“Dude. If you’re reading this, get off your butt and spread your influence.” 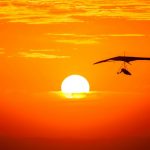 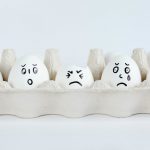