So in last week’s blog, I whined so much my muse threatened to serve me with cheese and crackers. I appreciated her subtlety. And believe me: for her, that was subtle. My muse is where over-reactions study to learn their craft.

But I digress. The long and the short of my ramblings of late is that a lot’s happened in my life in the past year. And last week, I was feeling the weight of some of the more negative aspects. So, sorry if I was too maudlin—and pair me with a double-cream Camembert.

I continued my whining over breakfast a few days ago with my friend, Christian. He is also a writer, the only one I know locally, and we meet up every three or four months to talk about our shared craft and to report on our current progress in the publishing industry. Carrying my theme of “everybody hates me and life sucks boulders through garden hoses,” I talked about my most recent rejections from prospective agents.

I’m a fun guy sometimes, let me tell you. Another observation my muse made.

And she obviously taught me sarcasm. Or I should say she honed my latent abilities into a razor-sharp weapon.

She can be pretty mean … but enough about her.

Christian told me something that I’ve been thinking of for days. He actually said a lot of things, but the gist of it all was, “You’ve got the wrong perspective.”

Now, I’m like you and lots of other people in that I still have a lot of childish immaturity wrapped up in my adulting. So when someone tells me I’m wrong, my immediate, totally natural response it to tell them why they’re wrong to think I could ever be. I was an agented author once, y’know. Some editors and publishers got behind my work, even though it ultimately didn’t translate to a book deal. They asked to see my next thing.

I’ve been to the mountain, dammit.

“And you will be again,” Christian said, all wise and Yoda-like. For the record, it’s really crappy when your friends get all wisdom-filled and reasonable when you’re ready to throw a tantrum and feel sorry for yourself some more.

Sucked to be me right then.

“I’m one of those people who believe that things happen for a reason and they happen at the right time,” he said.

Again, for the record, I’m not and I don’t. But I want that to be true.

“You’ll get there again,” he said. “The people who said they believed in you are too professional and too busy to waste their time lying to you. Hang in there.”

Don’t get me wrong. I want to believe. I’ve got my fingers crossed.

Oh, and sidebar. I’m guessing I’m not the only one going through doubts and trials with my craft. So I’m writing this for all of you as well as I am for me. Hopefully, you’re not as stubborn or as pig-headed as I am.

Maybe it’ll be easier for you to believe.

Fingers crossed for you, too. 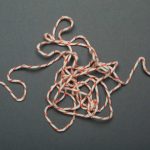 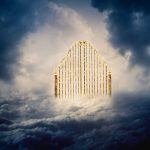