A few days ago was the anniversary of my surgery—open heart valve transplant to correct a birth defect that didn’t become an issue until I was an adult. It’s weird to think that a year ago, I was a gelatinous bowl of anxiety because to fix your heart, they have to technically kill you. They have to stop your heart and hook you up to a machine that pumps and filters your blood while they do whatever voodoo they’re doing.

The whole machine process is called bypass. I’m guessing it’s because they go around your heart to get the blood to its destination. Like a highway bypass takes you around the city or area they’re bypassing.

The real difference is that they don’t eventually cross their fingers and try to restart the city after about eight hours. Or maybe they do and I’ve just never driven those highways wondering what’s going on in the city.

In fact, maybe the whole road thing was a bad analogy.

Anyhow, they got my heart restarted. But you already figured that out, I’m sure. Unless you were reading this blog during a séance. My first question would be why? Then, you’d probably get my machine:

“Tom can’t come to the medium right now because they restarted his heart. Please leave your name, the time you called, and a brief message when the cemetery bell tolls.”

Or, y’know, words to that affect.

And, I’m really proud that I resisted saying, “Your Great Aunt’s diamond broach is beneath the floorboards where the oven sits.”

But is it wrong that I wish I had said it?

Can you imagine all both of my faithful blog readers dragging the oven across the kitchen floor and, because they’re not the kinds of people who have pick-axes and circular saws, going to work on the floor with a meat tenderizer?

And seriously, why are we so pretentious that we call it a meat tenderizer? It’s a friggin’ hammer. I mean, come on. What if we called all our tools by inaccurate cooking and serving names? What if pliers were called coaster retrievers? What if screwdrivers were called Emeril’s Swizzle Stick? And your dad’s out in the garage telling you to hand him a 5/6 ths Baby Cupcake Holder … “No, not the 7/8 ths, the 5/6th you idiot!”

It would be anarchy.

Would we, as a society, have to plumb the depths of our most mundane tasks and tools just to rename them? Just so the people at Williams Sonoma can keep their jobs? Dude, face it: It’s just a fat empty bottle. Calling it a pinot decanter doesn’t make it worth $45. I don’t care what the muse told you!

In any case, shouldn’t you be out shopping for my anniversary gift? 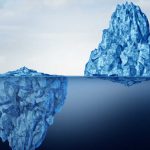 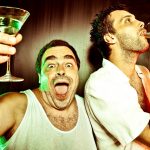