There Are No Atheists in the Query Trenches

The title of this week’s blog comes from a saying that originated during World War 2: “There are no atheists in foxholes.”

No one knows for sure who said it, but it’s attributed to Chaplain William Thomas Cummings at the Battle of Bataan in 1942. It’s about who people really are, not who they claim to be. It’s about character. And truth. Sure, you might say you don’t believe in prayer, but when the bombs start falling, you’ll be on your knees. Cause everybody prays they won’t die when people are trying to kill them.

In foxholes. Which is why there aren’t any atheists there.

As in, people are who they are when the pressure is on.

The point being that if you want to be a writer and you hang around other writers, you’re going to have the opportunity to deal with some emotions that most of us like to pretend we don’t have. Jealousy. Resentment even sometimes. And other negative reactions and feelings.

Let’s be entirely honest. It’s hard to be rejected—and the world of querying, the query trenches, are where rejection is spawned. It’s harder when the person next to you gets accepted by the people who rejected you.

I know this from experience: I have several friends who are published writers, one who’s an international bestseller, and I had an agent before any of them did. These are wonderfully talented people with exciting and fascinating stories to tell, and I buy their books and retweet their news, and congratulate the snot out of them.

And the reason I’m telling you this is that if you’re in the query trenches with me and your friends and your writing comrades you’ve never met but who share your dream/desire, it’s gonna happen to you, too. If it hasn’t already. You’ll hear their exciting news and your smile will slip a little.

It doesn’t make you a bad person … unless you let it fester into resentment and worse. So here’s my advice:

There are no atheists in the query trenches. So quit pretending. 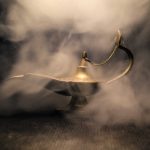 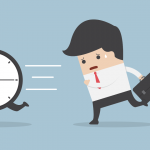