The Loneliness of the Long-Distance Writer

I confess that I never finished the short story. It was too depressing for me. I like to think that maybe a few pages after I gave up, something wonderful happens to him and he’s delivered from his plight by providence or hard work or a cute girl or something. I like happy endings even though I don’t always write them.

We’ll start at the beginning: loneliness. Sadly, loneliness and isolation are like building blocks of a writer’s life. Any artist’s life. Not in a maudlin way, most of us have families and friends and pets and times of ridiculous, even nonsensical happiness and contentment. But at its core, art is a solitary craft. There’s just you and your ideas and the demons you wrestle to put your ideas into the world. It’s like solitary confinement with teeth. Which is why you need the balance of all the good stuff.

Use your loneliness. Don’t let it use you. Make art, then celebrate.

Be silly. Be unguarded. Put yourself out there and take chances. When people tell you, “that’s not the way things are done,” do them louder and more flamboyantly.

Trust me. People put themselves in little boxes of unwritten rules and expectations all the time. The only things that are worth more in boxes are vintage action figures. And, for the record, since said action figures were created to be played with and inspire the imagination of children, are they really living up to their potential gathering dust on a shelf somewhere?

Is solitary confinement really better if you can view the rest of the world through your clear plastic wrapper? I seriously doubt the Thors and Aquamans (or is it Aquamen?) or GI Joes of the world would respond with an amen.

Okay. Also for the record, this blog has absolutely no resemblance to what I originally sat down to write about. That happens sometimes. Seriously, I was gonna whine and complain about my latest frustrations in the query trenches.

I guess I needed to get out of my box, too. Just rip open that vintage original packaging and boldly go where artists should go. To their art, followed by a rousing dose of living the crap out of life.

So thanks for participating in my therapy once again.

Now go do something fun and ridiculous.

action figures, art, get out of the box, loneliness, therapy

Am I Caught Up Yet?Uncategorized 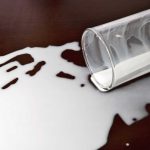