Anyways. I recently stopped to smell some actual roses. You know, until they turned the garden hose on me. And as I ran home to grab some dry clothes, I began to ponder life’s little mysteries.

For instance, why does my chocolate lab feel that the best place to nap is in the doorway to the bathroom? She won’t budge until I start to step over her. Then she’s up, and it’s a Wild West rodeo. Can’t count how many times I’ve kissed tile when all I wanted was a stupid Kleenex.

One of life’s mysteries where no stopping and reflecting is required.

Here’s another one: Why, after decades of unfunny skits, parodies, and 1960s stand-up comics, is there still a warning label on mattresses threatening penalty of law if you remove the tag?

I’d make a joke here, but too many have been made already. I just want to know why.

Another one: Why do customer service people say your name so many times in a single phone call? You’ve heard them … “Thank you for calling, Thomas. Is this a convenient time, Thomas? Now Thomas, if you could walk me through the steps that you, Thomas, took … ” Over and over until I won’t answer to my own name for weeks.  Do they have Alzheimer’s, or do they think I do?

Here’s another phone one. Why do the telemarketers call so early on the weekend? Do they really believe that waking you up will make you want to listen to whatever fake contest win they’re trying to bait and switch you with?

Another of life’s mysteries—automatic doors. Why do they open so much slower than normal people walk? If I’m waiting at a door longer than it would take me to open it, is it really a convenience? I don’t even go to the grocery store anymore—I just visit people and take their food.

Stock up on the good stuff. I’ll be over soon.

Really, so many things in this world don’t make sense to me.

Like when I’m working in my yard, why do the neighbors come outside and stare? Is it the clown pants, or do they just have too much time on their hands?

And what’s up with people saying, “We really need to get together sometime.” And then never getting together. Is this phrase the new, “How’s it hangin’?”

And why is the magazine called Popular Mechanics? Mechanics who don’t have that many friends are people too, y’know. It’s mechanicism, pure and simple.

Oh yeah, and how did I get through this blog without digressing once?

I gotta work on that. 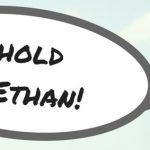 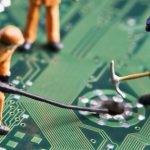