Robert Burns said that. You remember Bob. Morose Scottish poet. Haggis eater and all-around fun guy. He was basically telling us, in a really thick accent, that “shit happens.” No matter what your goals are, or how many precautions you take, or the amount of money you spend on 1-900 calls to psychics, or how many Ts you cross or Is you dot, something can always catch you unawares.

You don’t see it coming. You’re not ready for it. But it happens nonetheless.

In other words, like the great philosopher Prince said,

Like every year, I started this one with the best of intentions. I would conquer. Finish the MS I started last fall, get myself a new agent, shake off the barnacles of my physical and mental recovery from major surgery, and take the freakin’ world by storm. I would be an emergent, unstoppable god of writing.

That was the plan.

But like my friend, Bob, cautioned, it went awry.

Why? Truth is that there are a number of reasons I could give, but it really all boils down to my scatological Robert Burns translation. Sometimes things just happen. There are setbacks and missed connections, and you realize you have to work a little harder to get where you want to go. It’s nobody’s fault. It’s just the way things are. The way the cookie crumbles. No use crying over spilled milk.

Okay. I’ll stop with the tired old clichés—even though I sometimes think that they’re now so old, they’re new again.

The point is that the right perspective is important, and I forget that sometimes. Actually, I forget it often enough that I sorta wish someone would staple it to my forehead so I’d be reminded every time I look in the mirror.

There are no guarantees in the life of an artist, even one like me, who sets modest goals like godhood. Being a writer—or painter or musician or any other kind of artist—is more of an act of will and perseverance than it is an Oscar acceptance speech. We’re not like everybody else. We don’t take the world as it comes; we strive to change it. To make people think differently.

There’s more than enough people content to live in the world and not nearly enough who want to change it and change the way people look at things. And honestly, as painful as it can sometimes be when plans go awry, I’d rather play in that sandbox.

Even when doves cry. 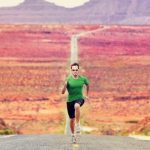 The Loneliness of the Long-Distance WriterUncategorized 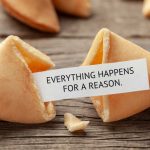