The other day, a friend of mine’s Skype account was hacked and, since I was in her contact list, I got an email from Stephen Hawking. He wanted me to know about this “super pill” he was taking to keep, y’know, being a genius.

He wrote me because he thought I might be interested in being more aware, remembering better, and maybe even getting a little bit of the genius for myself. Honestly, it made me a little worried, and not just because this was different from the usual emails where he wants to get together for golf.

I also was offended that he thought I needed a brain boost. Suggesting I was having trouble doing math. I mean, dude! Scorecard discrepancies are just a little something I like to call cheating.

Anyway, the whole thing got me thinking about all the “one weird trick” websites and email scams. I fondly remember the Nigerian Prince who used to email me because he couldn’t get his money out of the country unless I gave him my bank information so he could smuggle it out in my account.

He never heard of wire transfers or offshore accounts? He’s a prince, for crying out loud! Why doesn’t he have access to TV? That’s where I picked up my international banking expertise.

And while we’re on the “get serious” train, I don’t really know Stephen Hawking. He’s never asked me to play golf, which, while rude, speaks volumes about our lack of relationship. He’s a physics guy; the closest I get to that is the old Oliva Newton-John song.

The emails I get a lot lately are from this guy who seems unusually concerned about my abs. And before you ab-judge me like he did, let me assure you … they’re fine. Currently vacationing in Maui, but they write daily. But this guy won’t quit bothering me—promising me the secret to rock-hard six-pack abs, which I can achieve without doing any exercise.

All I have to do is click this video to learn more.

Fine. Anything to get him to shut up. I click on the video. Which is when he tells me his life’s story. He says he was once an out-of-shape loser just like me—seriously, he starts by calling me mean names and at some point, I know he’s gonna ask for my credit card.

What he really needs it some rock-hard manners.

This guy’s entire life and identity apparently revolve around stomach muscles. Abs were all he ever wanted. He tried changing his diet, working out, even hired a personal trainer. Nothing worked until he discovered this one weird trick that he wants to share with me.

But he doesn’t. Instead he talks about walking into bars, and women he doesn’t even know ask him to take off his shirt. I’m pretty sure he’s lying at this point.

So I follow him. I keep the video playing to distract him and slip out the back. It’s a small town and I find his house pretty quickly. His mom’s house. I sneak around back and peer in the basement window.

Long story short … no rock hard abs. No abs at all, so far as I can tell.

I call my friend immediately.

But I probably shouldn’t have told you that. 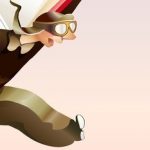 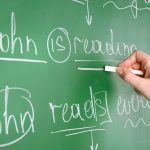