Is it communication? Is it art? Is it sheer mechanics? Is it all of these things or somewhere in between?

I promise this isn’t one of those Zen-lite things like, “What is the sound of one hand clapping?” But it is philosophical. And also practical, especially if writing happens to be your vocation and your day job—like it is for me.

Plus, true confessions, it led to a major cluster-kerfuffle at said day job.

I’ll get to that part. But first, a quiz.

Which of the following sentences is correct?

If you answered A, B, C, or D … you’re absolutely right. All of them are acceptable answers, according various grammar rules. This is the problem with rules or, more to the point, rule Nazis. Depending upon the rule you choose to focus on, response A could be correct or incorrect.

Simply put, if you write response A and believe the comma is a conjunction, you have committed a comma splice. Not a jail-able offense, but it can get you in trouble at work for “not making the correction I told him to even though I’m not his boss and he doesn’t have to make the corrections I suggest.” The italics are mine. As was the meeting where I had to explain myself.

The other side of the response A conundrum is that if you write it and believe the two activities separated by the comma are a sequence of events, it is proper usage. The comma is separating two separate thoughts. As commas are wont to do. These two thoughts just happen to occur in order.

Believe it or not, poor little response A has been hotly debated by way too many people who have way too little to do. And some measure of childhood beatings—too many or too few, it’s hard to say—has rendered these individuals, through no fault of their own I’m sure, into judges and condemners.

They would be the first to tell you that condemners is NOT a word.

However, if I wrote condemners in a book, it could be considered form, or style.

So can you tell on me for that? Or not?

Or maybe the better question would be, “Wouldn’t you rather just have a nummy donut and a nice cup of coffee?” Or tea. 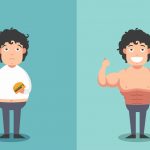 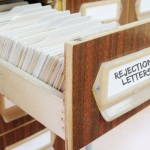