I’m going to call this blog, “Doubt Number 5.” You might wonder if there’s some grand significance to that, and I would be the first to tell you no. The truth is that I’ve had a helluva day, so I went out on a date with my computer and as I was booting up, someone truly evil, most likely my muse, planted Lou Bega’s song Mambo No. 5 in my sad, tired brain.

When I least expected it.

That’s kind of how the doubt gets you. You could be walking the dog, listening to online cuts of the newly discovered Coltrane album, daydreaming about something romantic with your girlfriend or boyfriend or other significant companion, when it suddenly occurs to you…

All the agents I’m currently querying hate me.

Maybe for you, it’s that big, giant typo in the first sentence of the letter or grant proposal or declaration of undying love that shines like the world’s largest lighthouse beacon. Only instead of guiding you safely to shore, it’s singing like the sirens and serving you up to the jagged rocks and the creatures that swim beneath the surface.

The doubt has only one goal: the death of your art.

And your continued health and longevity.

Sure, it sounds melodramatic. And I wish it was. But I know people on the road to artistic success who were waylaid by the doubt and are artists no more. They believed the lies and gave up. That’s actually not accurate. They doubted themselves and believed the dark thoughts. Like those legends of ancient peoples who believed their king was a god.

He’d predict their deaths and they’d die. Not because they were sick or weak or otherwise killed, but because belief is powerful. This is the power that doubt wields.

Luckily, there’s a cure. Unluckily, it’s every bit as hard as the disease.

Art is subjective. There is no dictionary definition or geometric proof that identifies what’s good and what’s not. There is nothing empirical about it.

Think of the most talented writer or painter or musician you can, and I guarantee that I can find you someone who thinks they suck in rainbow colors. And which person is right?

The cure for doubt is perseverance. Keepin’ on keeping on. Deciding like the redneck bumper sticker that you’ll give up working your craft when they pry your cold, dead fingers from around it.

We “art” because we have to.

And, to quote from The Princess Bride, “Anyone who tells you different is selling something.” 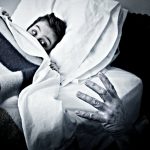 Part the Fourth: The DoubtUncategorized 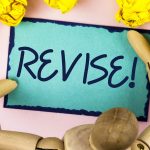