There’s a saying that goes, “When the going gets tough, the tough get going.”

We say it simpler in writing: “When the going gets tough, revise.” We also say, “When it doubt, revise.” And, “When you’ve done all you can do, revise.”

Yeah, writers can screw up a saying like nobody’s business.

And then we revise.

The revision is the fifth and final stage of writing. And it’s only final because it’s never ending. Let me explain. As I mentioned a short while ago, my agent and I parted company—it happens. It was sad, but it was friendly and mutual and to the best of my knowledge, we are still on good terms. But, it means that I have to find another agent. So I have to query again.

Querying is a process that all serious writers hate, or at least strongly dislike. It’s like those dreams where you show up to class or work naked. Exposed to everything. Defenseless … at least for the most part. I’ve been at it casually since July, seriously since the beginning of September. July and August—mostly August—is summer vacation for the publishing industry, so I spent most of my time trying to write the perfect query. For a book I’d written and revised and did a page one rewrite on. Then I edited and revised that about a bajillion times.

The first few rejections—you tend to get a lot of those—I pouted and mumbled, “Jerk!” under my breath, like any mature adult does. After, I think, the third one, I rewrote the beginning of the book. First two chapters. Of a finished book, that has been well-received by readers. That, in and of itself, was a revision—but it wasn’t the last.

Oh, no. I’ve revised it three or four times since then, and that was just a few weeks ago. And now that the number of rejections has moved into double digits, I read through it again and again. Oh, and I’ve revised my query letter a few billion times as well. To the point I wish I could resubmit a superior work to the first people who rejected me.

That’s what “the revision” is. It teams up with the doubt to make you an unstoppable rewriting machine. And unstoppable is good because it doesn’t stop. When I do get an agent again, he or she will have revision notes for me—in other words, the completed work, which I’m in the process of rewriting, will be rewritten.

At some point, that’ll have to stop—or at least pause to take a breath—so it will be in a stable state long enough for me to get a book deal. Then my editor will have revisions. Other people will likely weigh in. There’ll be a copyediting process. Until one day, it’s on a shelf.

Of course, I do have this recurring dream of breaking into the local Books-a-Million with a red pen…

And the beat goes on. 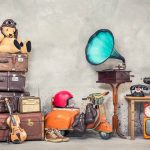