I get that I’m more than a week late, but in my defense, I spent the first eight days of the new year in the grip of the worst cold I’ve had in years, maybe decades. In fact, for those of you who are spiritually more sensitive or living in another plane of existence, you may have seen my first blog of the year. For the rest of you, including me, consider it a hallucination of a fever dream with a lot of nose blowing.

Okay. Everybody caught up now? Excellent.

Let’s begin this year by reflecting on the abomination that was 2018. For me, it was a year of loss—I lost my health (heart surgery, still recovering), my agent (who I miss, even though we both agreed it was probably the best decision), a few friends (although I’ve heard it’s good to do a little house-cleaning in this area every so often), three beloved pets, and a little bit of self-confidence—I had forgotten just how much rejections sting when you’re questing for an agent.

I have friggin’ welts. I opened the first week of the new year with two fresh rejections.

The long and short of it is that I was happy enough to see the tail end of last year, and I tried really hard to slam the door on that tail on its way out. I guess loss makes me a little vindictive.

Which brings us to today. And, before you say anything, I am not going to talk resolutions. (Sorta did that last year.) Yes, I made some, but I’m not gonna tell you what they are. That way, if I fail, you’ll never know and I can be like the kid on the playground and say, “I meant to do that.” And if I succeed, I can brag and still be like that kid on the playground.

The morale: Whatever happens, it’s what I intended. So, there!

I am looking forward to some new experiences this year. After the savage beatings I took last year, it’s only fair, right? I’m not going to tell you what these hopes and wishes are, either. I’ve blown out the candles on enough birthday cakes to know that wishes are best granted when unspoken.

Or bribed, but I’d need to win some contest or lottery to do that.

Plus, like Peter O’Toole said when they offered him a lifetime Oscar for all his achievements, “Thank you, but no. I’d really like to win one properly.”

And if you were, know that I am both happy for you and jealous of you. 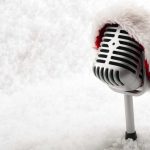 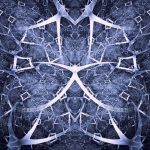