Let’s talk dialog tags. The first time I ever even heard the reference was in a writing group that I was checking out a few years back. I had a chapter of the book I was working on that I shared for input and critique. And the first critique I remember went something like this:

“I had a problem with all the dialog tags,” she spit out.

I felt spit on—partially because of her attitude, but also partially because I had no idea what she was talking about. So I did what everybody who doesn’t want to look like an idiot for not knowing something does. I gave the “dude nod” and acted like I got where she was coming from.

Of course, that was also the night when I learned that some writing groups swarm like sharks at a feeding frenzy. It was dialog tag this and dialog tag that until, by the end of the night, I was just chum in the water. Chum who also happened to be a pathological dialog tagger—whatever the hell that was.

So I looked it up. The Internet is good for so many things. Here’s what I learned.

According to people who go to this church, if you attribute a statement with a word other than said, or asked for questions, you are guilty of the sin of dialog tagging.

For example: “The bus is blue,” Bill said. According to the dialog cultists, that sentence is holy. As is the question: “Is that bus blue?” Susan asked. If you worship at this altar, any other attribution is anathema.

They also argue that these are the perfect words, because they are “invisible” to the reader. I respond, “Why are you putting things in your writing that you don’t want readers to see? Are you writing a treasure map?” I also tell them, “If your reader can’t see what’s on the page, she needs an optometrist, not a dogmatic preference.”

I’m not sure who started all this, but most people blame Hemingway. He was the king of “said” and “asked.” I never liked Hemingway. And so I disagree with the religion he may or may not have founded.

Nothing against “said”—I used it 385 times in my last book. On average, that’s about once a page. I only used “asked” 59 times, but in my defense, my main characters are 16-year-old kids and when I was 16, I knew everything—I didn’t need to ask no stinkin’ questions.

Of course, in addition to the saids and asks, I also used words like hissed, snapped, lied, yelled, and, yes, spit. Among others. Because they were the right words. Let’s go back to the writing group woman for a moment. What if I had written:

But she didn’t say it. She spit it out. And now we can judge her.

Cause isn’t that what we do?

If for no other reason, dialog tags allow us to pursue that passion.

Can said say that? 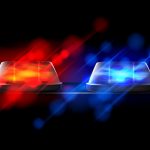 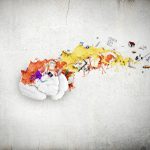