In general, I hate rules. I do my best not to follow them, shun obligatory tasks, and do my best to take a totally contrarian stand against the world. I’m a five-year-old, trapped in the body of an adult, with no idea how to act like one. Which concerns me not a bit.

That being said, this blog is about rules. Writing rules. I knew about Elmore Leonard’s 10 rules of writing. Especially Number 10:

Try to leave out the parts that readers tend to skip.

I totally agree with that rule.

I also know about Kurt Vonnegut’s eight writing tips. The one I remember most is the last one of his as well:

Give your readers as much information as possible as soon as possible. To hell with suspense. Readers should have such complete understanding of what is going on, where and why, that they could finish the story themselves, should cockroaches eat the last few pages.

I don’t agree with this rule … but it is an entertaining read.

Writing rules are a Catch 22, which incidentally is a popular phrase that came from a writer. So many writers have so many rules that a number of them contradict each other, or say never to do something that successful writers do.

For example, John Steinbeck said in his second tip on writing:

Write freely and as rapidly as possible and throw the whole thing on paper. Never correct or rewrite until the whole thing is down. Rewrite in process is usually found to be an excuse for not going on. It also interferes with flow and rhythm which can only come from a kind of unconscious association with the material.

I actually try to follow this one, but I haven’t succeeded yet. And I know people, published writers, who work and rework each and every page in their first draft until they’re satisfied. But, then again, none of them wrote The Grapes of Wrath, or Of Mice and Men.

Neil Gaiman has a couple rules I really like in his 8 Rules of Writing. The first, his third, is:

Finish what you’re writing. Whatever you have to do to finish it, finish it.

And finally, his eighth:

The main rule of writing is that if you do it with enough assurance and confidence, you’re allowed to do whatever you like. (That may be a rule for life as well as for writing. But it’s definitely true for writing.) So write your story as it needs to be written. Write it ­honestly, and tell it as best you can. I’m not sure that there are any other rules. Not ones that matter.

Remind me to thank Neil for finishing my blog this week.

In your face, muse! 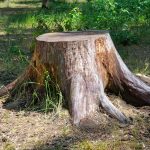 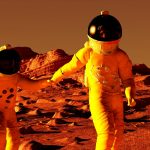