I don’t keep a dream journal—as far as I’m concerned, the stuff that roams my head at night is more what I ate, drank, watched, or am worried about than it is me synching up with a cosmic consciousness. A spicy late-night wrap watching a Guillermo del Toro film—directed or produced—will likely open the door to a flood of creative terrors. Starring me and some amalgam of whoever waited on me in the restaurant the leftovers came from.

But don’t write me off as a cynic just yet.

I do believe in magic. I wouldn’t be a writer if I didn’t.

I just have trouble with the concept of communing with the vast, creative unknown while I’m drooling on my pillow or lying there, open-mouthed, making noises that are the equivalent of a passenger train wrestling a tornado.

That is actually how my dogs describe my snoring, by the way. And even my muse knows to steer clear of the bedroom when I’m asleep.

It’s difficult to imagine some idea fairy, sprite, or normal, working muse braving such a landscape just to plant Marty goes back in time and takes his future mother to the dance so she can hook up with his future father before he blinks out of existence in my brain. So my fingers can jot it down when I wake up and give it form when next I sit down to write.

For anyone who missed it or—and I hate myself for this joke—slept through it, that was the plot to Back to the Future.

This is what magic looks like: Being in the zone, having an idea where you want the story/book/painting/song/sculpture to go today, when you actually connect with the art you’re creating and now it is taking you where it wants to go. It’s relating to the abstract that is fiction (or art) in a truly vibrant way. It’s a living, breathing miracle.

Not, as Charles Dickens writes in A Christmas Carol, “…an undigested bit of beef, a blot of mustard, a crumb of cheese, a fragment of an underdone potato.”

In general, writers and gamblers (it’s no accident they’re part of the same subset of people) are a superstitious lot. But I am firmly planted in the Stevie Ray Vaughan camp. Like he says in the song, “Superstition”:

When you believe in things that you don’t understand

But nobody talks about what your stomach does while you sleep.

So, all that being said, it’s time for your pop quiz. Ready? Okay.

What exactly was this blog about?

No. Seriously. You tell me. 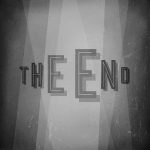 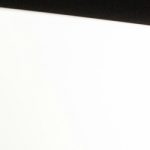