You’ve heard of the royal “we”? It’s meant to be posh and inclusive—“How are we feeling today?”—but it always comes off as mocking and pretentious. Because when you say “we,” you mean “you.”

For example, when the royal sayers look you in the eye and say, “We should really wash those dishes,” what they mean is, “Hey. Get up off your butt and do the dishes, you lazy jerk.”

When I hear the royal we being flung in my direction, my typical response is, “And why are we acting like a pretentious ass today, Phil?”

Then Phil, being Phil, harrumphs and whines and complains that Mom always liked me best even though we have different parents. Phil has issues. Probably why he’s always using the royal “we.”

I think there should be a royal “why.” It’s long been the proverbial missing link in the evolution of language. The royal “why” would be the question that you don’t want answered even though you asked.

Hear me out. We have rhetorical questions, which are questions that don’t require an answer. Which to me is just as Phil-pretentious as the royal we. Instead of asking, “Is it warm in here?” when it’s freakin 97, just say you’re hot for crying out loud or “we” may get booted out the window.

See what I did there?

Anyway. Back to the royal why. Did I mention that it would probably need some sort of hand gesture so that the person you’re asking “why” knows you don’t really want to hear the answer? It does. It lacks the obvious pompousness or the royal “we” and the rhetorical question, so you gotta give folks a clue.

Otherwise, when that mugger robs you at gunpoint and you ask “why?” he’ll tell you that he’s going to kill you. Now did you really want to hear that? Of course not. Which is why you need the gesture. If you ask “why?” with the gesture, he’ll respect the royal “why” and he won’t tell you he’s going to kill you. It’ll be a surprise … and isn’t that better?

Sure, you’re still dead, but you didn’t waste your last minutes on earth worrying about it.

So your glass is half-full.

Now it all comes down to the gesture. And I’m gonna need some suggestions—the ones my muse gave me are unprintable and not for the impressionable ears of blog readers or sailors.

Sorry. Not answering that. 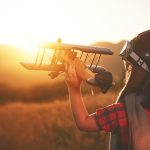 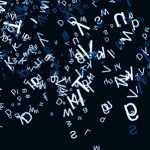