To understand why, let’s back up a bit.

The group used what I call the immediate feedback format. Lotsa groups do. The author reads part of his or her work, and you get a copy so you can read along and make notes. Then you go around the room and share your comments and criticisms.

I wanted to be a good group visitor, so I joined right in. I made some suggestions and offered up some ideas. Lots of nodding and murmuring. Groups of writers love to murmur.

But then I shared what I thought was wrong with the story—and things got a little weird.

People defended the author and debated me about what I thought was wrong. Told me how short a time this author had been writing so I shouldn’t be so hard on him. One member reworded my criticism so it was a compliment. Another reminded the author that he could just ignore what I said because it was his story.

The problem is, it’s not just his story anymore. While it was on his computer, or in his notebook, or locked away in a vault under the sea, it was his story. The moment he submitted it to me to critique, he invited me to share his story.

Now he can choose to ignore my opinion—I’m often wrong—but he needs to listen to it and think about it before he does. Not because it’s me. But because I am a reader. And unless you’re writing a journal entry, you’re writing for readers.

And readers can and will reject you. As will agents and editors and critics.

Meaning that defending this poor writer from me is doing him a tremendous disservice. Rejection is part of writing. It will happen. More than once. I have a friend whose manuscript was rejected 185 times before she got an agent. I was rejected almost 70 times. Stephen King said that he used to hang his rejection letters on a nail until the pile was bigger than the nail—then he put in a spike.

It’s like a colonoscopy—miserable, uncomfortable, and humiliating but way better than finding out too late that you have stage 4 cancer.

Rejection also leads to positive experiences. Honestly, if an agent who rejected me hadn’t criticized the beginning of my book, I wouldn’t have rewritten it. That rewrite got several agents’ attention and won me the one I have.

But the first step was being rejected. The rejection itself wasn’t positive. But listening to it and thinking about it and responding to it led to something positive.

So surely, you eventually get to the place where rejection doesn’t bother you, right?

Nope. Not unless you use Stephen King’s spike to give yourself a lobotomy.

But if you’re gonna be a writer, or even try to be one, you gotta learn to take it.

Or learn to do something else. 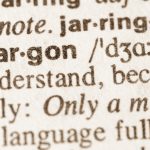